In her 1911 opus Toy Dogs and Their Ancestors, Judith Blunt-Lytton, sixteenth baroness of Wentworth, great-granddaughter of Lord Byron, wrote, “It has cost me years of research both in the British Museum and in the picture galleries of Europe to disentangle the truth from the cocoon of falsehood into which it was spun.” What Blunt-Lytton sought to recuperate from the cobwebs of history was the lapdog’s true form. Blunt-Lytton contended that many breeds had recently strayed from their roots, in large part due to the Victorian proliferation of “dog fancying”: a British term that evokes, at once, a group of people who like dogs and a group people who fluff up dogs’ fur and tie ribbons around their necks. Of the spaniel, Blunt-Lytton asserts that the contemporary model “was introduced comparatively recently, certainly no earlier than the year 1840,” and compiles visual evidence of its transformation. The spaniel in Titian’s Venus of Urbino is technically correct, as are eighteenth-century pooches painted by George Stubbs; for comparison, her book contains a mug shot of a puppy described as “noseless atrocity, bred by author,” while another dog’s portrait is captioned: “noseless toy spaniel, with wrongly carried ears and bad expression.”

Twenty-two years later, Virginia Woolf published Flush, a biography of Elizabeth Barrett Browning’s cocker spaniel, and immediately regretted it. She began work on the book after the draining effort of The Waves. As she read the love letters of Elizabeth Barrett and Robert Browning, she was amused by Barrett Browning’s mischievous, cosseted little dog and set out to write its biography. It was easy work at first, miserable by the end (she called the book “that abominable dog Flush”). On the eve of the book’s publication, Woolf felt resignation rather than pride. She wrote in her diary: “I open this to make one of my self-admonishments previous to publishing a book. Flush will be out on Thursday and I shall be very much depressed, I think, by the kind of praise. They’ll say it’s ‘charming,’ delicate, ladylike … I must not let myself believe that I’m simply a ladylike prattler.” In her letters, she dismissed the whole thing as an embarrassing joke. But after her friend Sibyl Colefax praised the book, Woolf confided: “I’m so glad that you liked Flush. I think it shows great discrimination in you because it was all a matter of hints and shades, and practically no one has seen what I was after.” 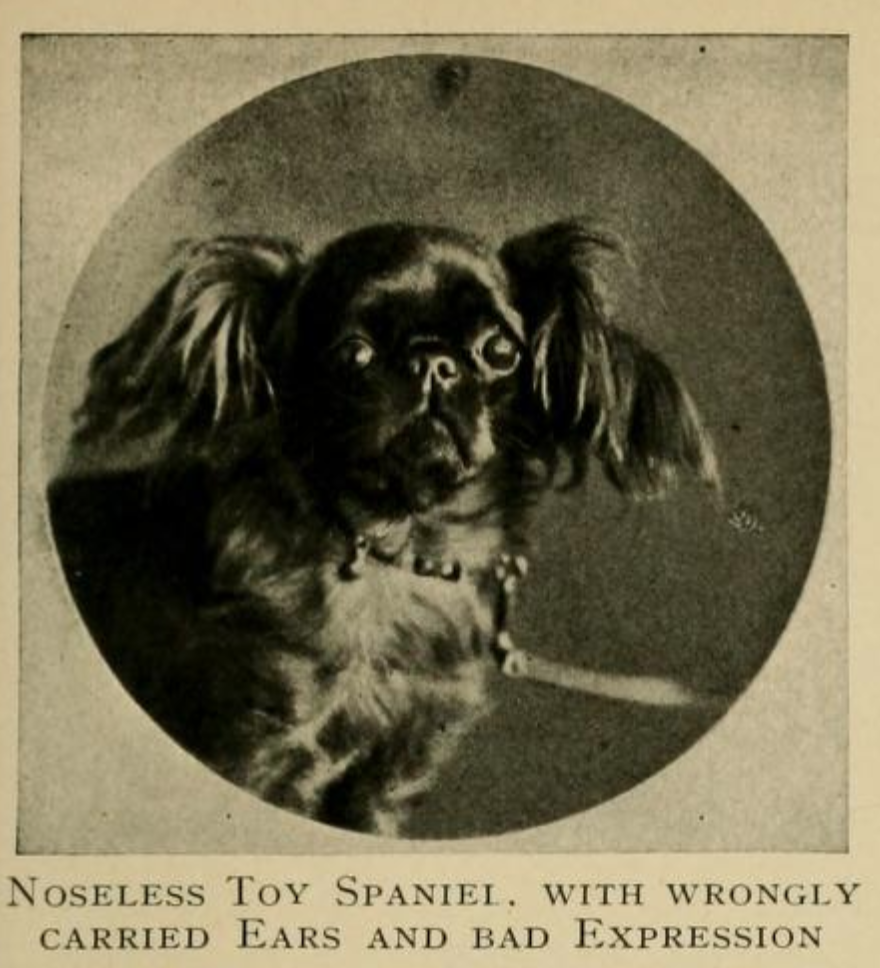 In Woolf’s Flush,the young dog travels from the hamlet of Three Mile Cross to Wimpole Street in London, trading grass and flowering shrubs for the gloom of Elizabeth Barrett’s back bedroom in her father’s home. It is the room of an unmarried, bookish invalid, redolent of cologne, cluttered with gleaming marble busts, the window shaded by a blind painted with the image of “several peasants taking a walk.” As Elizabeth and Robert Browning elope, Flush travels to Pisa and Florence. He is kidnapped once, ransomed, and has his liver-colored coat trimmed off after a bout of mange. He is skeptical of spiritualism. He dies, peacefully, in Casa Guidi, the Brownings’ home in Italy.

Woolf’s spaniel is a product of history. The breed first appeared in Wales in the tenth century, a hunting dog imported from Spain, then transformed into its Victorian-era Kennel Club regulation—correct “points,” Woolf writes, include dark eyes “full but not gozzled,” straight ears, and a round skull shape. A light nose was an irrevocable flaw. Flush is an exemplary specimen, a realization he makes soon after arriving in London and apprehending that there are higher- and lower-class dogs:

Which, then, was he? No sooner had Flush got home than he examined himself carefully in the looking-glass. Heaven be praised, he was a dog of birth and breeding! … He noted with approval the purple jar from which he drank—such are the privileges of rank; he bent his head quietly to have the chain fixed to his collar—such are its penalties.

So he’s foppish. But only in London, in his adolescence. When his silky coat—the proof of his rank—is sheared, near the end of his life in Florence, Flush is freest. After the haircut is complete, he stares at himself in the mirror and discovers that he’s disfigured, deprived of his identity. He’s no longer a technically perfect cocker spaniel. But a perverse glee comes over him, and he shimmies the clownish ruff of his remaining fur. “To be nothing—is that not, after all, the most satisfactory state in the world? … To caricature the pomposity of those who claim that they are something—was that not in its way a career?” And that’s how Flush becomes a modernist: liberated from history by a goofy haircut, he wanders the hot ocher streets of Florence, a dog of the crowd. 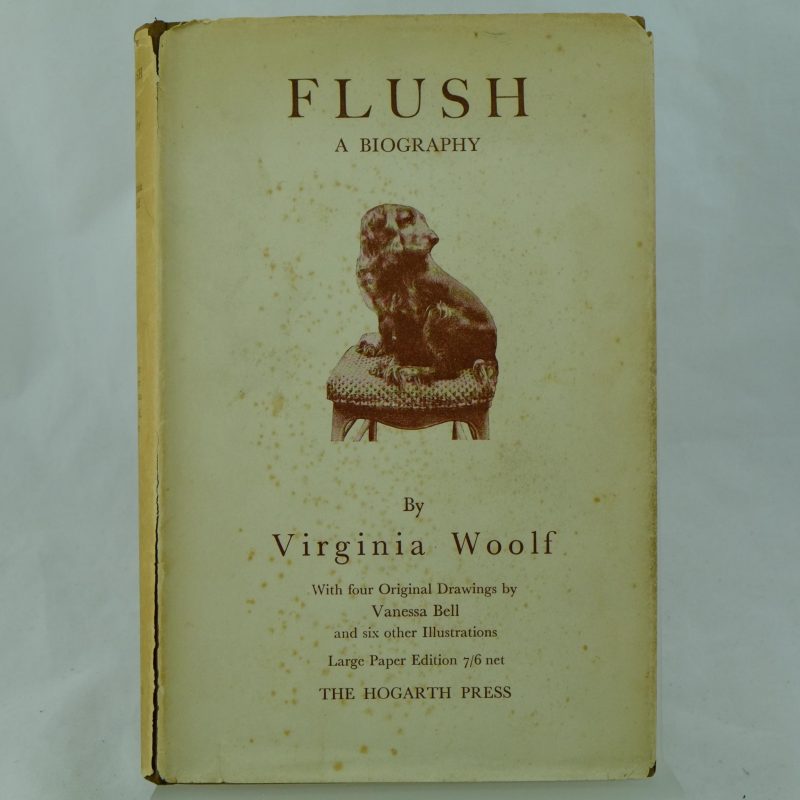 Although the British have kept pet dogs since the middle ages, it was primarily the provenance of courtiers. Pet owners were caricatured as sentimental oddballs. During the Victorian era, the practice was adopted by the middle class, and “dog fancy” became widespread. Dogs expressed their owners’ taste; to paraphrase one breeder, no one who was anyone could afford to be followed around by a mutt. It was fashionable in part for its orthodoxy, which proved a bit impossible to maintain as kennel clubs handed down competing standards with Delphic authority. In The Animal Estate, historian Harriet Ritvo writes, “The juxtaposition of arbitrarily established criteria … with swiftly changing fashions not only in favorite breeds but in preferred types within those breeds symbolized a society where status could reflect individual accomplishments and was, as a result, evanescent, lacking in foundation, and in constant need of reaffirmation.”

Elizabeth Barrett Browning was born into a wealthy family whose ancestors owned sugar plantations in Jamaica, though she herself was an abolitionist. She began to suffer from chronic illness at the age of fifteen, and by the time Flush came into her life, she was in her midthirties and her illness, likely exacerbated by opiate painkillers, and her grief over the death of her two brothers had driven her into reclusion. After Robert Browning wrote a fan letter praising her popular 1844 Poems, she began a secret courtship with him, and they eloped two years later, when she was forty.

Barrett Browning addressed two works to her spaniel: “Flush or Faunus,” a sonnet comparing her pet to the “goatly god” as he leaps into her lap, and “To Flush, My Dog,” a tongue-in-cheek benedictory ode. She praises his beauty, his golden coat, and feet “canopied in fringes,” but concedes that there are other perfect spaniels with the same unimpeachable qualities. To praise Flush in particular, she writes:

Other dogs in thymy dew
Tracked the hares and followed through
Sunny moor or meadow —
This dog only, crept and crept
Next a languid cheek that slept,
Sharing in the shadow.

This dog, if a friendly voice
Call him now to blyther choice
Than such chamber-keeping,
‘Come out !’ praying from the door, —
Presseth backward as before,
Up against me leaping.

Flush forgoes sun, air, dew, and hunting, the task he was bred to perform, in favor of languishing in Barrett Browning’s chambers. She describes it as a knowing sacrifice—if the door were opened, the dog wouldn’t rush out. His appearance as the consummate spaniel makes for a pretty introduction, but her love extends beyond the superficial. What Barrett Browning valorizes, more than his beauty, is her dog’s Christlike willingness to sacrifice himself to be her companion.

Woolf appreciated Barrett Browning’s poetry in part as an exemplar of self-possessed female artistry, and for her desire to capture the spirit of modern life in poetry; in a 1931 essay in the Times Literary Supplement, she argued that Barrett Browning’s works, particularly her “novel-poem” Aurora Leigh, had been mistakenly dismissed by contemporary critics. Woolf might have been interested in Flush because she was a dog owner herself: a mutt matter-of-factly named Grizzle, and, later, Pinka, a purebred spaniel received as a gift from her close friend and lover Vita Sackville-West. Woolf thanked her for the present but seemed to think it was too much. She asked to reimburse Sackville-West for the dog’s market value and noted that Grizzle—described elsewhere as “raw, greasy, mudstained”—was jealous of the aristocratic puppy. Woolf asked, “Can I live up to a Sackville Hound?”

Dogs are dogs, but they’ve coevolved with our species for long enough that we project onto them our own symbols. In different eras, they’ve been gods and beggars, proof of cultural refinement or scientific hubris. We like to see them do the same things we do, but more nobly, which is to say, with less guile. My mother’s aging German shepherd is a dropout guide dog for the blind who likes to eat grass, and yet he has also recently been metonymically linked, in the way my family talks about him, to the pathos of death in old age, as if he were Priam awaiting the fall of Troy.

Perhaps what Woolf was after, the “matter of hints and shades,” was this: when you idealize something you control, it undoes both of you. One theory holds that the owner of a perfect object should be just as perfect, that a monarch’s ermine and precious gems and purebred Cavalier King Charles spaniels are an extension of his eminence. A subpar dog reflects poorly on your person (see “noseless atrocity, bred by author”). But when there’s an animal snuffling around in the equation, these value judgements become difficult. Perfection is a fantasy. Although part of a dog’s soul wants nothing more than to be a good companion to humans, another part—a mystery to us—draws them to their own, doggish things: roaming around cities with odd haircuts compelled by a reasoning we will never fully understand.

Reposted from The Paris Review. October 18, 2018.  Erin Schwartz is a New York-based writer and the co-editor of Natasha.